“Well-known intellectual firepower… known for their….  insistence upon the integrity of the criminal justice system.”

Bird Marella’s pro bono practice and civil rights advocacy have been an integral component of the firm since its founding in 1981 — built on the understanding that serving others is a significant part of a lawyer’s civic and professional duty. The firm is unwavering in its commitment to strengthening communities, supporting civil liberties and civil rights, and enhancing the lives of those affected by disadvantaged circumstances.

One of the firm’s founding principals chaired the U.S. District Court’s Pro Bono/Pro Se Committee. Under his leadership, the Committee established the nation’s widely recognized first walk-in Pro Se Clinic. The clinic has served countless pro bono litigants and as a model for other jurisdictions.

The firm’s attorneys and paralegals have contributed over 23,100 hours of pro bono legal work in the past decade, with an average of 94 annual pro bono hours per attorney in 2021. Bird Marella has been proud of its pattern of increasing its total hours of pro bono service year after year.

The firm is honored to have received numerous recognition from various legal and service organizations for its decades-long dedication to pro bono work. Notably, the State Bar of California previously recognized Bird Marella with the President’s Pro Bono Service Award for its victories in impact litigation that improved working conditions in the garment industry. Additionally, the American Civil Liberties Union (ACLU) also honored the firm with its Pro Bono and Humanitarian Awards for its achievements affecting the criminal justice system.

In partnership with Bird Marella’s Diversity Committee, the firm’s Pro Bono Committee identifies and partners with organizations to address systemic issues of inequality and support organizations committed to advancing marginalized communities. All attorneys and staff are eligible to receive billable credit for time devoted to volunteering with charitable organizations with racial justice or diversity goals or at public interest organizations that benefit underserved groups or communities. Through this social justice initiative, Bird Marella solidifies its commitment to pro bono service and encourages its staff to give back at any opportunity.

In a pro bono matter with the Los Angeles Center for Law and Justice (LACLJ), Mr. Harvey Schatmeier helped an immigrant survivor of domestic violence protect her family from separation by securing termination of her three children’s removal proceedings, and ultimately obtaining Special Immigrant Juvenile Status approvals for the children to stay in the United States.

Filed two highly-publicized class action lawsuits with co-counsel, the American Civil Liberties Union (ACLU) and Prison Law Office (PLO), against federal prisons to challenge inefficient measures to prevent the spread of COVID-19, in violation of the Eighth Amendment prohibition against cruel and unusual punishment. Both prisons are now at under 100% capacity, whereas they had been overcrowded at 130% capacity, and over 340 prisoners were transferred to home confinement, granted compassionate release, or transferred to residential reentry centers. The ACLU awarded the Bird Marella pro bono team with the 2021 Humanitarian Award for their extraordinary efforts and achievements in the Wilson v. Ponce and Torres v. Milusnic cases.

Drafted the amicus curiae brief for the NAACP Legal Defense Fund in Rojo v. Kliger, a landmark case in which the California Supreme Court adopted the Defense Fund’s analysis in holding that victims of workplace sexual harassment could bring common law tort claims against their abusers.

Lead counsel for the plaintiffs in the El Monte Thai Worker Slavery Case, in which the firm represented over 100 undocumented clients who had been held in virtual slavery at a garment factory. In addition to preventing their deportation, Bird Marella secured an unprecedented settlement of over $4 million on behalf of the workers. The case also set a precedent concerning clothing companies’ responsibility for their subcontractors’ conduct. In recognition of these successful efforts, the California Bar Journal awarded the firm the 2004 State Bar President’s Pro Bono Service Award.

As court-appointed counsel, represented a client in connection with their federal habeas corpus petition from the trial court to a decision by the United States Supreme Court.

Secured in-home nursing care from health insurance companies for critically ill, intubated newborn infants who needed round-the-clock monitoring at home to avoid being separated from their parents and institutionalized.

Obtained the release (on bail) of a pro bono client charged in a high-profile and internationally publicized extradition case — the client, a U.S. Marine Corps veteran, had been detained pending extradition to Spain based on allegations relating to an incident at the North Korean embassy in
Madrid.

Achieved a multi-million dollar settlement for 50 displaced residents plagued by housing code violations in South Los Angeles. The residents, many of whom were children, lived in substandard conditions for years and were exposed to several health and safety hazards while enduring harassment, discrimination, and retaliation from the landlords. Residents were ultimately forced out so the owners could demolish the building and build new condominiums. After several months of mediation, working with the Inner City Law Center, the firm secured over $2 million in damages and relocation benefits.

In a groundbreaking ruling, obtained declaratory and injunctive relief for three Death Row inmates at the Louisiana State Penitentiary in Angola after convincing the court that the excessive summer heat conditions of confinement constituted cruel and unusual punishment in violation of the Eighth Amendment. The complaint against the Louisiana Department of Public Safety and Corrections alleged heat indexes as high as 195 degrees Fahrenheit during the humid Louisiana. summer.

Obtained victory on behalf of former U.S. Marine who served in a combat deployment in Iraq. As the client lived with Post Traumatic Stress Disorder, the Marine Corps discharged the client with a less than honorable discharge status, depriving him of veteran’s benefits. Bird Marella argued the client’s appeal before the Naval Discharge Review Board and convinced the Board to shift from a 3-2 decision (by an earlier panel against the client) to a unanimous 5-0 decision in his favor. The client’s discharge was upgraded to General Under Honorable Conditions, restoring his pride in showing his military discharge paperwork for employment, housing, and school purposes. Previously won a six-figure award in retroactive and ongoing monthly benefits in an initial appeal of the Veteran Affairs’ denial of the client’s claim for disability benefits based on his discharge status.

Persuaded the Court of Appeal to reverse judgment for an LAUSD campus aid who was harassed and fired based on her race, age, and gender, and retaliated against for her efforts to call out misconduct on campus.

Secured a complete victory against the California Department of Social Services (CDSS) for a client seeking compensation for in-home supportive services he provided to an elderly woman. Successfully obtained writ of mandate from Los Angeles County Superior Court ordering CDSS to issue a new decision that authorizes full payment of back wages with interest. The writ further ordered CDSS to rescind a statewide policy that the agency has repeatedly relied on to deny benefits to IHSS recipients and their caretakers.

Won over $100,000 in back wages and commissions, along with liquidated damages and interest, for client following a multi-day hearing before the California Labor Commissioner regarding years of withheld salary after termination.

On appeal, obtained a victory on behalf of a homeless mother who was convicted of driving with a suspended license and ordered to pay the court a total of $220 in court fees and fines. Bird Marella argued that the court’s imposition of fees and fines without considering the client’s inability to pay violated her equal protection and due process rights. The court’s landmark opinion states that California courts must now conduct an ability-to-pay hearing before imposing court fees and fines.

Won a permanent writ of mandate against a motel owner’s Costa Mesa luxury housing project, which would have affected several impoverished long-term residents of a Costa Mesa motel who could not find affordable housing. Previously won preliminary injunction to stop the property owner’s proposal for luxury apartments replacing the residents’ existing homes, which was said to violate multiple state law provisions and the California Relocation Assistance Act.

As court-appointed counsel, represented a criminal defendant in a watershed prosecutorial misconduct case at trial and before the Ninth Circuit Court of Appeals. On remand, the district court dismissed the indictment with prejudice as a sanction for the government’s misconduct.

Since the firm’s inception, Bird Marella and its attorneys and staff have worked closely with organizations committed to improving diversity and social equality and providing leadership and mentoring opportunities for minorities. The firm has also contributed to civic and charitable organizations devoted to strengthening communities, supporting human rights, and enhancing the lives of underprivileged children. Many of the firm’s principals serve or have served in prominent leadership roles for these organizations, such as President or President’s Council Members, (Chair of the) Board of Directors, Board of Governors, Board Members, and more. 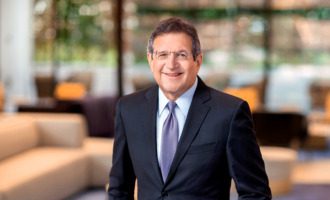 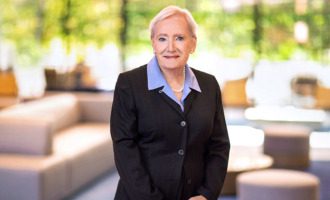 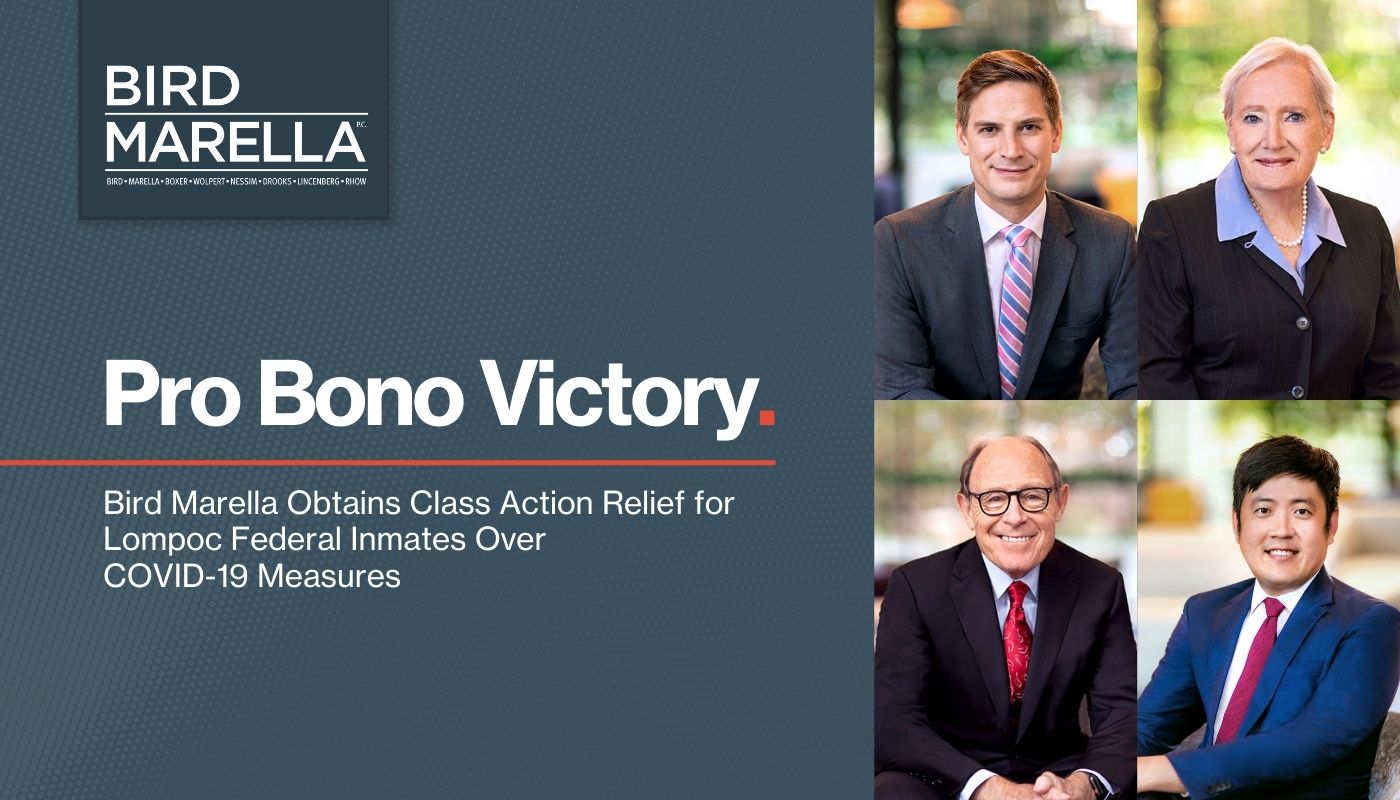 In a pro bono matter with the Los Angeles Center for Law and Justice (LACLJ), Bird Marella protected an immigrant survivor of domestic violence from family separation by winning termination of her children’s removal proceedings, and ultimately obtaining Special Immigrant Juvenile …

In celebrating Women’s History Month and following Bird Marella’s 40th Anniversary milestone, the firm is pleased to honor one of its founding principals, Dorothy Wolpert, and her inspiring legacy.    Dorothy Wolpert began …