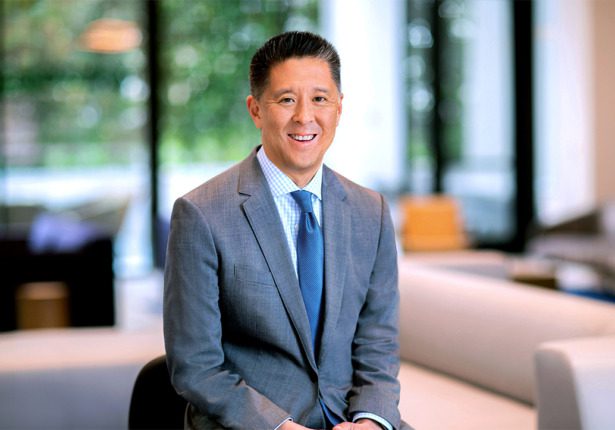 Paul S. Chan is the managing principal of Bird Marella. His practice focuses on the trial and arbitration of complex business disputes, including commercial fraud, class action, securities, and intellectual property litigation.

Paul has extensive trial experience. In over 25 years of practice, he has successfully tried numerous jury trials, bench trials, and binding arbitrations before both commercial and securities arbitration tribunals. He has been recognized as the “Trial Lawyer of the Year” by the Century City Bar Association, one of the “500 Leading Lawyers in America” by Lawdragon, the Los Angeles “Lawyer of the Year: Securities” in Los Angeles by “Best Lawyers in America,” a “Southern California Super Lawyer” by Los Angeles Magazine, and (previously) one of the “Best Lawyers Under 40” by the National Asian Pacific American Bar Association. He is also the Chair of the Board of Directors of Asian Americans Advancing Justice – Southern California; the former President of the Southern California Chinese Lawyers Association; and has repeatedly been named among the “Most Influential Minority Attorneys” by the Los Angeles Business Journal.

Trial counsel for JM Eagle, the world’s largest manufacturer of plastic pipe products, in a federal False Claims Act litigation pursued by over 45 intervening states and municipalities and a parallel class action involving claimed damages of over $2 billion. Achieved complete defense decision on nine-figure damages claim relating to non-compliant PVC pipe. Successfully convinced the court to reduce claimed damages from $58 million to $2 million before the jury was ultimately unable to agree that any damages were owed, leading to a mistrial. Subsequently obtained judgment notwithstanding the verdict in favor of the client.

Trial counsel for a large Taiwanese conglomerate and other lead defendants in a 34-defendant civil RICO, fraud and alter ego action, stemming from the alleged “bust out” of flat screen television company Westinghouse Digital Electronics. Plaintiff sought over $80 million in trebled RICO damages. After successfully obtaining summary adjudication of certain claims and procuring victories on several key motions in limine on the eve of trial, the case was successfully resolved for a nominal amount.

Trial counsel for the writers and creators of the television program “Will & Grace” in an entertainment accounting jury trial against NBC Studios. Plaintiffs alleged NBC Studios failed to license “Will & Grace” for fair market value, failed to pay proper profit participations, and engaged in fraud and self-dealing by licensing the program to its corporate parent, the NBC network. After a three month jury trial, the jury returned a $49.5 million verdict in favor of the clients.

Lead counsel for Herbalife International in the defense of two putative RICO class actions in California and Florida based upon alleged misrepresentations concerning attendance at Herbalife events, where Plaintiffs are alleging over $1B in damages. After successfully moving to transfer venue and discuss certain Defendants, the matter was settled while Defendants’ summary judgment motion and opposition to class certification were pending.

Lead counsel for a prominent California law firm in a False Claims Act case of first impression, alleging the firm “fraudulently” induced its former client, a public agency, to disburse several million dollars in public funds. Paul’s team aggressively litigated the relator’s standing to pursue the case, and obtained a writ of mandate from the California Court of Appeal finding that the relator had a conflict of interest that precluded her from participating in agency decisions relating to the lawsuit. After filing summary judgment motions, then persuading the Court of Appeal to stay all trial court proceedings, Bird Marella was able to settle the case for a small fraction of the public funds at issue.

Represented former head of the luxury hotel division of Starwood Hotels and then Hilton Hotels, in a federal pre-indictment criminal investigation in the Southern District of New York involving the alleged theft of trade secrets and computer fraud, as well as a parallel federal civil case in the Southern District of New York. Helped obtain a no charge decision from the United States Attorney’s Office, and a confidential resolution of the civil action.

Lead counsel for mobile virtual network provider TruConnect, the fastest growing wireless Lifeline company in the United States, in a federal False Claims Act (FCA) lawsuit filed in the U.S. District Court for the Central District of California. Won dismissal of all federal and state FCA claims, without leave to amend. The relators’ allegations threatened close to a half-billion dollars in damages.

Successfully represented a senior scientist at Bayer Healthcare in parallel civil and criminal actions involving alleged violations of the federal Computer Fraud and Abuse Act and the Economic Espionage Act. Obtained a no charge decision in the criminal investigation and civil action settled on favorable terms thereafter.

Litigation counsel for KB Home and related entities in a putative state-wide class action relating to alleged mortgage and appraisal fraud in connection with the sale of residences, and a federal derivative litigation relating to Countrywide Financial. Case settled on favorable terms following successful opposition to class certification motion.

Trial counsel for Mooney Farms, the nation’s largest producer of sun-dried tomato products, in a jury trial concerning the fraudulent sale of thousands of gallons of adulterated olive oil, following a recall conducted by the Canadian Food & Drug Administration. Obtained a substantial settlement for the client midway through trial.

Founding Principal Terry Bird and Managing Principal Paul Chan have been named Leaders of Influence by the Los Angeles Business Journal.   In the July 2022 issue of …