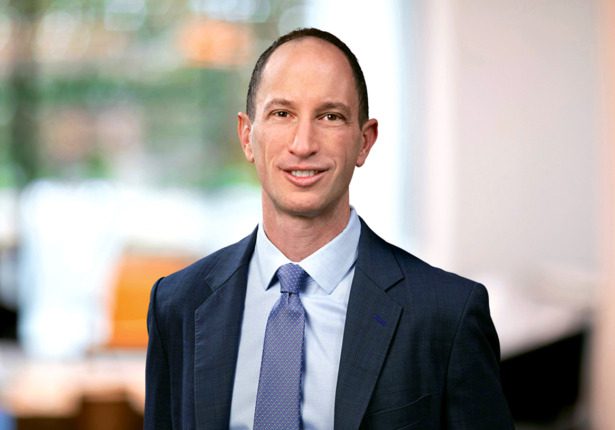 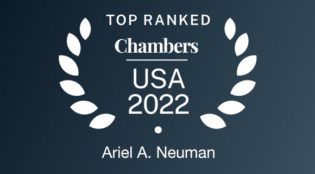 Ariel Neuman is a trial lawyer who clients turn to for their most high-profile civil cases and criminal investigations.

A former Assistant United States Attorney, his work includes defending a Fortune 150 company against criminal charges at trial, representing members of Congress in relation to grand jury investigations, leading an internal investigation for a major league sports franchise, and obtaining a multi-million dollar jury verdict in a six-week trial involving Bel Air real estate. For over a decade, he has served as visiting faculty at Harvard Law School’s Trial Advocacy Workshop.

Mr. Neuman has led teams of lawyers in numerous jury trials involving complicated issues of fraud and misconduct. He has experience litigating and arbitrating cases around the country, and regularly takes on cases against the biggest law firms, as well as government regulators such as the SEC and DOJ. He is often called upon to conduct internal investigations related to accounting issues, False Claims Act allegations, potential FCPA violations, employment issues, and related matters for national and multi-national corporations, or represent corporate executives and board members at companies experiencing such investigations.

Before joining Bird Marella in 2014, Mr. Neuman served as an Assistant United States Attorney in Los Angeles for nearly seven years. Mr. Neuman was named Prosecutor of the Year by the Federal Law Enforcement Officers’ Association, and received numerous commendations and awards for his service. He led numerous high profile investigations and prosecutions of white-collar and violent crimes, and was also responsible for the domestic portion of several international investigations. During his tenure at the US Attorneys’ office, Mr. Neuman handled cases involving securities fraud, tax evasion, real estate fraud, health care fraud, art fraud, bank fraud, drug offenses, counterfeit currency, computer crimes, and more. He is among the most experienced federal RICO prosecutors in the country now in private practice, having prosecuted over 200 individuals for violating federal racketeering laws.

Representative Matters at Bird Marella Lead counsel for the Los Angeles Angels in all matters related to the death of pitcher Tyler Skaggs, including a criminal investigation of a former employee and civil lawsuits filed by the Skaggs family.

Trial counsel for two families in a high-profile dispute with developer Mohamed Hadid regarding an illegal mansion Hadid built in Bel Air. Following a six-week trial in which every lawyer, witness, and juror wore masks (and some jurors and witnesses participated by Zoom), secured a multi-million dollar verdict for clients as well as an order requiring that the mansion be demolished.

Trial counsel defending Plains All American Pipeline, a Fortune 150 company, in a four-month trial based on criminal charges filed by the California Attorney General’s Office and Santa Barbara DA’s Office, related to an oil spill off the coast of Santa Barbara. Obtained dismissal of 37 out of 46 counts and a penalty a tiny fraction of that requested by prosecutors.

Represents a multi-billion dollar publicly-traded technology company in the mobile app ad space in relation to a civil anti-trust investigation being conducted by the Department of Justice.

Obtained full return of over $4 million in cash seized from client, and convinced US DOJ to abandon the case.

Represents a former NBA player in a healthcare fraud case pending in the Southern District of New York.

In “bet-the-company” litigation, defeated a preliminary injunction demand that would have shuttered oil-services business and required firing of all employees.

Represented one of the largest minority-owned broker/dealers in a FINRA arbitration and successfully defeated a demand for a permanent injunction regarding certain business practices related to muni bonds and fixed income investments.

Represented a financial professional involved in a dispute with his former business partners, who attempted to freeze Mr. Neuman’s client’s out of the partnership and deprive him of his rightful assets and membership interests. The matter was confidentially settled to the satisfaction of Mr. Neuman’s client.

Represents a doctor in an investigation by the DOJ related to various health care fraud allegations. Mr. Neuman convinced the Assistant U.S. Attorney to reverse a decision to indict the client on charges of billing for non-existent or medically unnecessary procedures.

Represented a CFO and part owner of a media holding company against money laundering and Travel Act charges in connection with the recent indictment in Arizona relating to Backpage.com, as well as in connection with numerous related forfeiture proceedings in Los Angeles.

Represented a patent attorney under investigation for violation of the Hobbs Act (extortion involving threats of financial harm). Mr. Neuman set the stage for his client to get immunity from the Department of Justice.

Represented an individual under investigation for antitrust, anti-competitive activities in the public works construction area. The investigation was closed without any charges being filed against Mr. Neuman’s client.

Represented an immigration attorney charged with securities fraud and other violations by the SEC related to the attorney’s work on behalf of clients seeking EB-5 visas.

Represented two prominent physicians under investigation for alleged Medicare and Medicaid fraud. The United States Attorney’s Office and Department of Health and Human Services – Office of the Inspector General, closed the investigation without filing any charges against Mr. Neuman’s clients.

Conducted an internal investigation for the Chinese subsidiary of a US-based technology company. The investigation focused on possible FCPA and tax violations, and was concluded without any finding of wrong-doing.

In major federal trade-based money laundering prosecution, secured settlement for client that resulted in dismissal of money laundering charges. Mr. Neuman and his colleagues successfully argued for the suppression of evidence illegally seized from one of the client’s business locations.

Represents a corporate executive facing a civil contempt action brought by the Federal Trade Commission. This case is on hold while other litigation continues, but to date Mr. Neuman has successfully prevented the FTC from deposing his client.

Representative Matters at the U.S. Attorney’s Office In a three-week jury trial of a defendant charged with crimes related to tax evasion, art theft, and art fraud, Mr. Neuman and a colleague secured convictions on all charges. Mr. Neuman joined the case only weeks before trial, took over opening and closing arguments as well as the examination of numerous key witnesses, and earned accolades for his trial advocacy skills from colleagues and onlookers.

Led the investigation and prosecution of over a dozen defendants involved in a $20 million mortgage and bank fraud scheme involving short sale and lending fraud on over 35 properties around Southern California. Among the defendants was a former bank officer who accepted bribes to manipulate the bank’s short sale process.

In a matter that garnered world-wide media attention, secured the extradition to Mexico of a television producer on charges of murdering his wife at a Cancun resort and then fleeing back to the United States.

Prosecuted over 200 defendants for violations of federal racketeering (“RICO”) laws. As part of these and related cases, won several jury trials where defendants were convicted of RICO charges, murder conspiracy charges, alien smuggling offenses, firearms offenses, and narcotics distribution charges. His efforts were recognized repeatedly in awards and commendations from various organizations.

Bird Marella principals Ariel Neuman and Timothy B. Yoo were selected for the second annual listing of “Legal Visionaries” by the L.A. Times Business of Law Magazine. The magazine recognizes the top attorneys in Southern California.  Mr. Neuman’s selection celebrates …