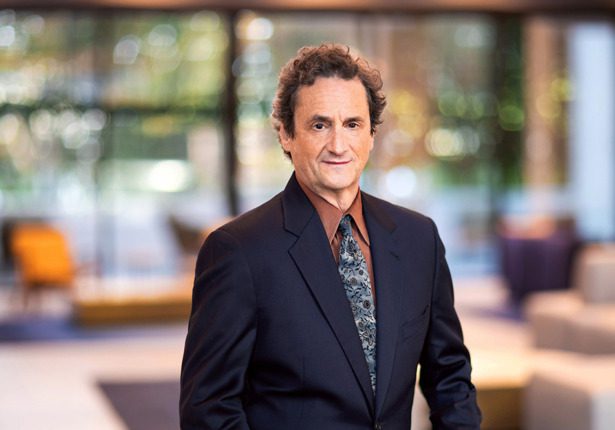 Thomas R. Freeman is a principal at Bird Marella and a graduate of the Northwestern University School of Law (1987). He is certified as an appellate specialist by the State Bar of California Board of Legal Specialization and has argued countless cases before federal and state appellate courts and major motions at the trial court level.

Recently, Mr. Freeman was lead appellate counsel for the Mountains Recreation and Conservation Authority (MRCA) in a 2022 case where he successfully argued that the Court of Appeal lacked jurisdiction to hear an appeal by Malibu residents after the first phase of a bifurcated trial resulted in a court order declaring that the residents must have a legal obligation to remove signs and refrain from taking other actions that curtail public access to MRCA property and an adjoining public trail.

He is currently representing a wireless communications provider appealing a trial court’s dismissal of its negligence claims against a private contractor retained by the California Public Utilities Commission to administer a PUC program for providing free telephone services to low-income households. The appeal raises important questions of preemption under the Public Utilities Code and the existence of a duty owed by the contractor to exercise reasonable care to avoid inflicting purely economic injury on those who provide telephone services under the PUC program.

In 2017, Mr. Freeman filed a successful petition for writ of mandate challenging a trial court’s order overruling a demurrer filed by an established California law firm in a qui tam action based on California’s False Claims Act. He filed a second petition for writ of mandate in 2019, challenging the trial court’s order overruling the law firm’s demurrer to the qui tam plaintiff’s amended complaint. Within days of receiving the Court of Appeal’s order directing the plaintiff to file an opposition brief, the case settled.

Mr. Freeman has been lead appellate counsel in a wide variety of precedent-setting appeals. In Prospect Medical Group v. Northridge Medical Emergency Group (2009) 45 Cal.4th 497, he successfully argued in the California Supreme Court that emergency-care providers cannot “balance bill” HMO enrollees for the difference between the amount billed by the provider and the amount paid by the HMO.

Mr. Freeman filed a successful petition for writ of mandate in Canon U.S.A., Inc. v. Superior Court (1998) 68 Cal.App.4th 1 after the trial court denied a pleading challenge to the plaintiff’s allegation of a nationwide class. In a precedent-setting opinion, the Court of Appeal held that the nationwide scope of the putative class was properly challenged at the pleading stage. Prior to that ruling, trial courts had commonly ruled that any challenge to the nationwide scope of an alleged class must await the completion of expensive nationwide discovery.

And in the precedent-setting case of Rifkind v. Superior Court (1994) 22 Cal.App.4th 1255, Mr. Freeman successfully argued that contention-style deposition questions are improper because it is the lawyer’s (not the client’s) role to determine which facts support the client’s contentions, even where, as in Rifkind, the client happens to be an attorney.

Mr. Freeman is an elected member of the California Academy of Appellate Lawyers, has an AV Preeminent Rating from Martindale-Hubbell, is a Fellow of the American Bar Foundation and the Litigation Counsel of America (the Trial Lawyer Honorary Society), and is listed in Best Lawyers in America (Appellate Law and White Collar Criminal Defense) and in Los Angeles Magazine’s “Southern California Super Lawyers.”

Twentieth Century Fox Film Corp. v. Netflix, Inc., 2021 Westlaw 5711822 (2021): Represented Screen Actors Guild in amicus brief cautioning against the use of broad language in ruling on an issue where such language may have unintended consequences that conflict with established public policy.

Austin v. Los Angeles Unified School District, 244 Cal.App.4th 918 (2016): Represented pro bono client in her successful effort to seek relief from entry of judgment based on mistake or excusable neglect under Section 473(b) of the California Code of Civil Procedure.

Vivid Ent. v. Fielding, 774 F.3d 566 (9th Cir. 2014): Represented proponents of Measure B, mandating the use of condoms in adult films, before the Ninth Circuit. Prevailed (1) against an attack on the intervening ballot proponents’ “standing” to participate and (2) on the merits, with Circuit holding that the condom mandate was reasonably tailored to protect public health.

Rappaport v. Gelfand, 197 Cal. App. 4th 1213 (2011): Successfully represented a dissociating partner of a law on a question of first impression under the Uniform Partnership Act.

Culver v. Prospect, 2011 Westlaw 5120838 (Cal. App. 2011): Filed an appeal on behalf of a corporate client challenging the trial court’s entry of a preliminary injunction precluding the corporation from making a stock offering, which was essential to the restructuring of corporate debt. The appellate court reversed, holding that the preliminary injunction was improperly granted.

City of Hermosa Beach v. Superior Court, 2010 Westlaw 459609 (Cal. App. 2010): Filed a petition for writ of mandate on behalf of our client, the City of Hermosa Beach, attacking the trial court’s entry of summary adjudication in favor of the plaintiff oil company. The appellate court ruled in favor of the City, concluding that there was a triable issue of fact on the element of proximate cause.

La v. Nokia Inc., 2010 Westlaw 4245533 (Cal. App. 2010): Defended Nokia against a putative class action based on the allegation that a model of its cellular phone was defective. The trial and appellate courts ruled that the plaintiff lacked standing under California’s Unfair Competition Law.

Henneford v. Castaneda, 130 S.Ct. 487 (2009): Lead author of successful petition for certiorari challenging an adverse decision by the United States Court of Appeals for the Ninth Circuit on the scope of immunity for federal officers and employees. Shortly after the Supreme Court granted cert, the plaintiff voluntarily dismissed all claims against our client.

Beck v. City of Upland, 527 F. 3d 853 (9th Cir. 2008): Successfully represented a civil rights plaintiff/businessman in precedent-setting case against a municipality for retaliation in violation of the First and Fourth Amendments to the U.S. Constitution.

Vu v. California Commerce Club, Inc., 58 Cal. App. 4th 229 (1997): Succeeded in arguing before appellate court that a gambler could not sue a casino to recover losses based on alleged “cheating” in poker because gambling losses are inherently speculative.