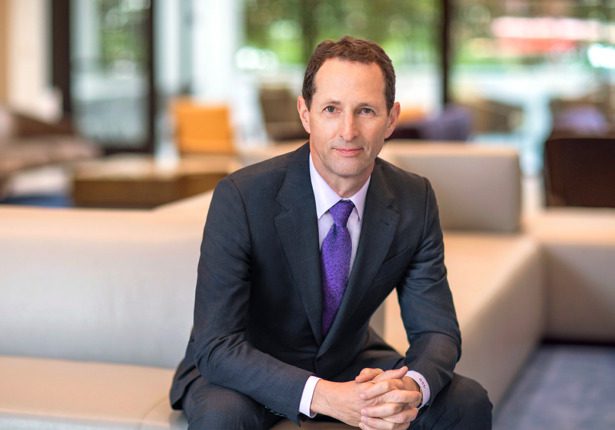 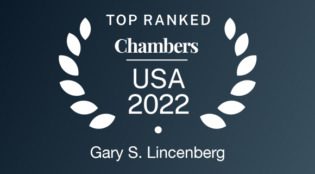 In 2020, Gary Lincenberg received Benchmark Litigation’s award for being the Best White Collar/Government Investigations Attorney in the State of California.

Here is a sample of Mr. Lincenberg’s most recent accomplishments:

(i) June 2022: Won mid-trial dismissal of all charges against advertising industry executive in federal fraud prosecution brought by DOJ and the SDCal USAO.

(ii) September 2021: Won mid-trial mistrial motion of prosecution brought by DOJ and Arizona USAO of former Backpage.com executive criminally responsible for the publication of content on its website.

(iii) August 2021: Won civil trial against notorious developer Mohamed Hadid for illegal construction of $50 million Bel Air mega-mansion, including a multi-million dollar judgment and an order for total demolition of the illegal mansion.

(v) 2020: Worked on behalf of the United States House of Representatives in the impeachment trial of former President Trump for abuse of power and obstruction;

Mr. Lincenberg is a Fellow of the American College of Trial Lawyers. He served as the National Co-Chairman of the ABA’s White Collar Crime Committee; Co-Chair of the CJS ABA Liaison Committee to the Department of Justice; Lawyer Representative to the Ninth Circuit Judicial Conference; President of the Los Angeles County Chapter of the Federal Bar Association; and Chairman of the ABA Southern California Regional White Collar Crime Committee. Mr. Lincenberg is an instructor at Harvard Law School’s Trial Advocacy Class. He regularly participates in professional activities integral to his success – presenting lectures, writing, and volunteering in the community – along with continually improving his skills in counseling, negotiating and arguing in court.

Mr. Lincenberg is regularly recognized among the top white collar defense attorneys in all of the leading publications. Chambers and Partners USA ranks Mr. Lincenberg in the selective Band 1 group. Chambers describes him as “marvelous,” and “quick to adapt to changing circumstances in the courtroom.” The Daily Journal again recognized him as one of the Top 100 Lawyers in California – one of only five true white collar crime specialists to be so honored.

Mr. Lincenberg is best known for his strategic approach to avoiding charges against his clients and for his superior skills at trial. Many white collar defense attorneys rarely try a criminal case, and have never defeated the government at trial. Mr. Lincenberg has an extraordinary record of success at trial, including complete victories, or hung juries resulting in dismissals, in five of his last six criminal trials. He has been retained by a host of large companies such as Plains, Providence, Epson, Yahoo, KB Homes, Unocal, Marathon Oil, Raytheon, Meggitt, Woodward, Sunrider, HP, Las Vegas Sands Corporation as well as scores of companies and their executives.

Lead counsel in a four month trial for Plains All American Pipeline, a Fortune 150 company, arising out of an oil spill in Santa Barbara. Obtained dismissal of charges against the three individuals, dismissal or acquittal on the knowing felony counts, and on 80% of all counts against the company, and a fine 1/400th of that requested by the State.

Lead counsel for KST Data, Inc. and its chief principal. Obtained a dismissal of criminal charges relating to false claims in connection with the Small Business Act, then a declination of parallel civil charges. Next, Bird Marella sued two companies that breached their agreements with KST based on the investigation, winning the first case on summary judgment and the second at trial.

Successfully defended a public company, Woodward Inc., its subsidiary, and the subsidiary’s prior owners, in a defective pricing/FCA criminal and civil prosecution by the USAO for the Northern District of Illinois. Obtained declinations against former owners, and achieved global monetary settlement for company of ten cents on the alleged dollar.

As an AUSA in the Government Fraud section, investigated and prosecuted several large FCA cases.

Won dismissal of all charges against the executive of a Chinese public company charged with theft of trade secrets. Mr. Lincenberg’s cross-examination in Iowa of FBI agents, which led to the dismissal of the charges, is highlighted in Mara Hvistendahl’s book, The Scientist and the Spy.

Successfully defended a UCLA professor against felony conflict of interest charge and then prevailed on appeal.

Successfully defended a CFO against revenue recognition and options backdating criminal and SEC prosecutions in New York. Mr. Lincenberg hung the jury in two successive trials leading to dismissal of all charges followed by settlement on a lesser charge with probation.

Got charges dismissed against an attorney/sports agent charged in San Diego with investment fraud.

Defended the CEO and owner of a prominent garment industry company charged in a $15 million workers’ compensation fraud case, resulting in a probationary sentence.

Successfully defended religious institutions in a tax, money laundering, and money remitting prosecution that shook a global charitable network. After winning a motion to suppress a search, Mr. Lincenberg settled on the eve of trial with the dismissal of all counts against four of the five organizations, and a small fine against the fifth.

Successfully defended a physician in a seven-week, four-defendant health care fraud trial. After the jury hung 10-2 in favor of acquittal, Mr. Lincenberg persuaded the U.S. Attorney’s office to drop the criminal case and settled the civil case on a non-fraud basis for a tiny percentage of the alleged dollar amount.

Represented the former president of a bank considered by the media to be a poster child for the national mortgage crisis in an SEC case and grand jury investigation. All charges were avoided.

Defended a public company under investigation in Southern California for export crimes. After the Assistant U.S. Attorney announced his intention to indict, Mr. Lincenberg persuaded the AUSA’s supervisors to overrule this decision and entered into a Non-Prosecution Agreement with zero penalty, believed to be the first of its kind in this area.

Defended a large real estate company in a civil prosecution by the Los Angeles City Attorney as part of the highly publicized “billboard wars.”

Defended the former CEO of an optical communications company in a shareholder derivative action, resulting in no liability for the executive, following a declination by the SEC.

Defended a founder of a high tech company in an investment fraud/tax prosecution.

Represented a major real estate developer of one of the largest undeveloped land parcels remaining in Los Angeles County. Mr. Lincenberg defended the client against environment crime charges and, on the eve of trial, reached a favorable civil settlement with the district attorney’s office.

Forced a civil settlement for payment in full on behalf of a fiber distribution company.

Defended dairymen throughout the Chino Valley in Clean Water Act investigations related to the release of runoff water. Through creative and aggressive defense strategies, Mr. Lincenberg has resolved each of these cases with no prison sentences for any clients.

Serve as lead counsel for a highly successful, private investor in connection with a current, high-profile insider trading case under investigation by the SEC and USAO.

Obtained a non-fraud settlement for stock broker clients and a declination of criminal prosecution. Mr. Lincenberg achieved this against the backdrop of numerous others being charged by the DOJ and SEC with fraud and criminal convictions.

Conducted a wide-ranging investigation focused on the export practices of the Orange County unit of a global aerospace consortium. In the course of the international inquiry, Mr. Lincenberg managed the joint defense team for several individuals facing criminal allegations, and led negotiations with the FBI, DOJ, NCIS, IRS, the State Department and other government agencies. Following the issuing of his report and lengthy meetings with the U.S. Attorney’s office and government representatives, he persuaded the government to reverse its intent to indict his client.

Earned trial acquittal for a doctor accused of Medicare billing fraud. His client was one of several doctors charged in connection with mobile respiratory therapy. While the other physicians pled guilty, Mr. Lincenberg took the matter to trial and achieved his client’s complete acquittal on all counts.

Represented numerous providers in connection with threatened criminal charges arising from alleged violations of standards of care. These include conditions in skilled nursing facilities, care provided at cosmetic surgery centers improper supervision of medical staff, and others. Mr. Lincenberg has successfully convinced numerous agencies to decline to charge such cases and/or even to dismiss those already charged.

Represented a duck farm in a criminal investigation of a workplace death. Mr. Lincenberg eventually persuaded government regulators that his client had not violated any statutes.

Defended a corporation and individual clients in a state occupational safety investigation connected to an explosion at a toy factory, and convinced state prosecutors to decline to bring charges.

Defeated nursing home patient death claims and kickback investigations. In his representation of several nursing homes, Mr. Lincenberg has defended administrators and facilities in various claims. These include defeating claims in connection with patient deaths and investigations into claims of kickbacks from vendors.

Providing continuing counsel to an international government contractor connected to inquires made by Homeland Security and other agencies concerning vendor sales to sanctioned parties, FCPA violations, fraud and other allegations of wrongdoing.

Defended the City of Los Angeles in a lawsuit by the estate of rap star Biggie Smalls claiming that city police officers conspired with rap star Suge Knight in his murder. Won the case on summary judgment.

Gary Lincenberg and Timothy B. Yoo Named Among Lawdragon’s 500 Leading Litigators in America

Principals Gary Lincenberg and Timothy B. Yoo were named among the 500 Leading Litigators in America by Lawdragon.  The inaugural Lawdragon guide recognized Mr. Lincenberg for his success in White Collar and Government Investigations. …

In a trial involving a digital advertising company’s use of Internet Protocol netblocks, Bird Marella won complete vindication of its client’s innocence. Following his opening statement at trial, …