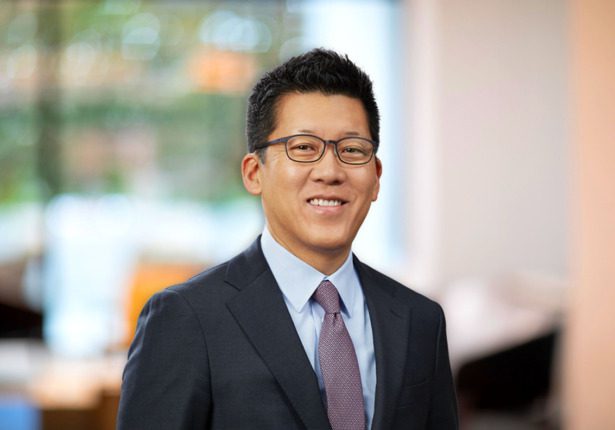 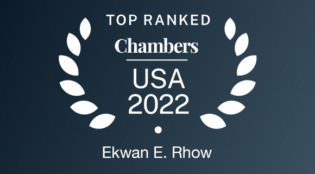 Ekwan E. Rhow is a name principal at Bird Marella. A Fellow of the American College of Trial Lawyers, he is a graduate of Stanford University and Harvard Law School. Chambers & Partners has recognized Ekwan as a “trial expert” who is often called upon to “undertake high-profile work” and “bet-the-farm litigation,” and has described him as “articulate, brilliant in court and very hard-working.” Benchmark Litigation has named Ekwan as one of the top 20 trial lawyers in California and one of the top 100 trial lawyers in the United States. He has first-chaired over forty cases that were tried to verdict or award in courts and venues throughout California and nationwide.

As a result of his successful jury trial track record and his focused cost-effective approach to case management, clients from varied industries have retained Ekwan to represent them in their complex business disputes. His regular roster of clients include international Fortune 500 companies (Samsung, SK Hynix, Xerox, Western Digital and Aramark), large private companies (Vizio, Prospect Medical, Forever 21 and Newegg), international conglomerates (CJ and LG), prominent Hollywood financiers and production companies (Relativity Media, Ryan Kavanaugh and Roy Lee) and other national and local corporations. He also serves as a personal adviser to high-profile dealmakers and celebrities. Because his clients come from a myriad of industries (including the technology, banking, entertainment, healthcare, fashion and manufacturing sectors), his jury trial experience covers a broad range of business-related issues including finance, contracts, securities, and intellectual property.

A significant facet of Ekwan’s practice involves class action lawsuits representing both plaintiffs and defendants. He recently was appointed initially as lead counsel by the California federal judge and then as one of three co-lead counsel by the Illinois federal judge overseeing the national TikTok privacy class action – one of the highest profile class actions being litigated. On the defense side, he has defeated class actions focused on numerous industries including the automotive, electronics, telecommunications, financial services and apparel sectors involving liabilities ranging from $100 million to over $1 billion. His reputation among the federal judges has proved invaluable in his presentations on behalf of his clients in these matters.

Ekwan has also been involved in many matters involving the entertainment industry. He has handled disputes over production credits and box office compensation involving films such as How to Train Your Dragon and has defended concert-related litigation for music industry celebrities such as Asian pop star Rain. He is currently involved in shareholder litigation involving the largest Asian American cable television network. He has also represented special effects studios, international movie distribution companies, film financing companies, celebrities, and production companies in numerous other matters.

In addition to his representation of companies in their commercial matters, Ekwan has been involved in many unique high-profile representations including defense of the CEO of one of the nation’s largest consumer electronics companies after his highly-publicized detention in China. After a three-year negotiation within the Chinese government and coordination with the U.S. government, Ekwan secured his release. The case was profiled in a Pulitzer Prize-winning New York Times article. Another of Ekwan’s cases involving the apparel industry became the subject of an exhibit at the Smithsonian Institution.

His current representations include the defense of the company entities in the 1MDB investigation involving over $1 billion in assets; defense of a law firm in a class action related to loan modifications; defense of a publicly traded bank and its officers and directors in securities claims brought by one of the bank’s largest shareholders; prosecution of claims by the majority shareholders of a large apparel company against the remaining shareholders; prosecution of claims on behalf of a Fortune 500 company against several Wall Street banks over the sale of auction rate securities; and prosecution of trade secret claims brought by a Fortune 500 hard drive manufacturer.

Ekwan is among the handful of attorneys ranked individually by Chambers and Partners USA for Commercial Litigation in California. He has also been recognized as one of the top trial lawyers in California (top 20) and the United States  by Benchmark Litigation, the only ranking guide focusing exclusively on U.S. litigation, and among the “500 Leading Lawyers in America” by Lawdragon. He has been named a “Southern California Super Lawyer” by Los Angeles Magazine every year since 2004 and previously one of the nation’s “Best Lawyers Under 40″ by the National Asian Pacific American Bar Association, a 10,000-plus member bar organization. The Diversity and the Bar Magazine named Ekwan as one of its 2012 “Leading Law Firm Rainmakers.” His trial results have been recognized by major publications such as the Daily Journal, which named one of his victories in 2013 as a “Top Plaintiffs’ Verdicts by Impact.” He was an appointee to the State Bar of California’s Commission on Access to Justice and a past President of the Korean American Bar Association. In 2003, he was selected by the federal judges of the Central District of California to serve as one of its 33 lawyer representatives to the Ninth Circuit Judicial Conference. He recently completed a term as co-chair of the ABA’s Section on International Litigation.

From 2009 to 2013, Ekwan was a member of the Board of Governors and the Executive Committee of National Asian Pacific American Bar Association. He co-chaired the 2010 NAPABA Convention in Los Angeles.

Complete defense verdict in $175 million trial for Global Fortune 500 semiconductor company. After a four week trial, Ekwan convinced a federal court jury in Seattle to find for SK Hynix against claims brought by Microsoft. Microsoft alleged that SK Hynix breached a semiconductor chip supply contract and jeopardized the launch of its Xbox One gaming console. The jury sided with Ekwan and determined that SK Hynix had not committed any wrongdoing and denied all of Microsoft’s damages claims.

Complete defense verdict for FIGS in false advertising case brought by industry leader. After four years of high-profile and hard-fought litigation, a four week federal jury trial, and less than one day of deliberations, Ekwan secured a complete defense verdict for FIGS, a publicly traded DTC company that has revolutionized the medical apparel industry. FIGS had been sued by industry leader Strategic Partners, Inc. based on alleged claims for false advertising, violations of California’s Unfair Competition Law and other related torts and claimed damages exceeding $200 million.

Complete defense verdict in $50 million trial for Fortune 500 technology company. After a seven week trial, Ekwan convinced a jury to find for his client on all claims which included breach of contract, securities fraud and other tort claims. Client was facing an eight-figure damages claim as well as punitive damages. Client also received its attorney’s fees and costs as prevailing party.

Complete defense victory in $100 million arbitration claim for California bank. Ekwan represented a major California bank against claims for breach of fiduciary duty and alleged damages exceeding $100 million relating to an EB-5 investment fraud. After six weeks of arbitration and cross-examination of over 30 witnesses, Ekwan secured a complete defense award against all claims.

Complete defense victory in $40 million trial for California bank. Ekwan represented a California financial institution against claims of securities fraud and alleged damages exceeding over $40 million. Plaintiff was the largest shareholder and the former Chairman of the Board for the institution. After Ekwan’s cross-examination of Plaintiff and certain rulings by the trial judge, Plaintiff agreed to have judgment entered in favor of Ekwan’s client ending five years of litigation.

Complete defense victory in $50 million ICC Arbitration for semiconductor company. Ekwan successfully defended a semiconductor company in a two-week ICC arbitration involving the sale of one of its divisions to one of the largest conglomerates in Japan. The arbitration involved allegations of fraud and breach of contract and damages in excess of $50 million. The award issued by the three-arbitrator ICC panel rejected all claims against Ekwan’s client and also granted all of its attorney’s fees. Based on the fee applications submitted, Bird Marella was able to win despite expending less than half of the $7 million in fees incurred by the conglomerate’s lawyers, a large international law firm.

Confidential settlement at the conclusion of a three week jury trial. Ekwan represented a software company in copyright and breach of contract claims against another software company. After three weeks of jury trial, defendant agreed to pay Ekwan’s client a confidential sum the day before closing arguments were to begin. The jurors were polled the next day and indicated that a verdict in the amount of $20 million to $40 million would have been awarded. Until the jury trial began, defendant had refused to engage in any meaningful settlement discussions.

Multimillion award for CEO of Major Bank. The arbitration involved litigation of change-in-control agreements and resulting amounts owed to the CEO. After heavily-contested litigation and a multi-day arbitration against a team of lawyers from a major New York law firm, Ekwan obtained full recovery of all amounts due plus interest and recovery of all attorney’s fees expended by the CEO.

Complete defense verdict for Orange County real estate developer. Defending against tort and contract claims and alleged damages of $10 million relating to a $50 million development, Ekwan obtained a directed verdict after close of plaintiffs case-in-chief. Client also received an award of attorney’s fees and costs as the prevailing party.

Complete defense verdict for Orange County hospital. After a three week trial, Ekwan convinced a jury to find for his client, a hospital, on elder abuse claims in which plaintiff was seeking an eight-figures damages amount. Ekwan was brought in as trial counsel less than three weeks before the trial commenced.

Complete arbitration victory for California food company. Ekwan obtained a multimillion-dollar award, including a full recovery of attorneys’ fees, on behalf of a California company based on claims brought against a Korean conglomerate. The eleven-day arbitration involved a dispute over the sale of a $50 million business.

Bird Marella principal Ekwan Rhow has been named a 2022 Litigation Trailblazer by the National Law Journal.  As one of only 28 litigators in the country selected for …

After four years of litigation, a three week jury trial, and less than one full day of jury deliberations, the Bird Marella trial team, led by lead trial …

Principal Ekwan Rhow has been recognized as a Top 100 Lawyer in California by the Daily Journal. The annual publication profiles the top attorneys in the state who have made extraordinary contributions to the …